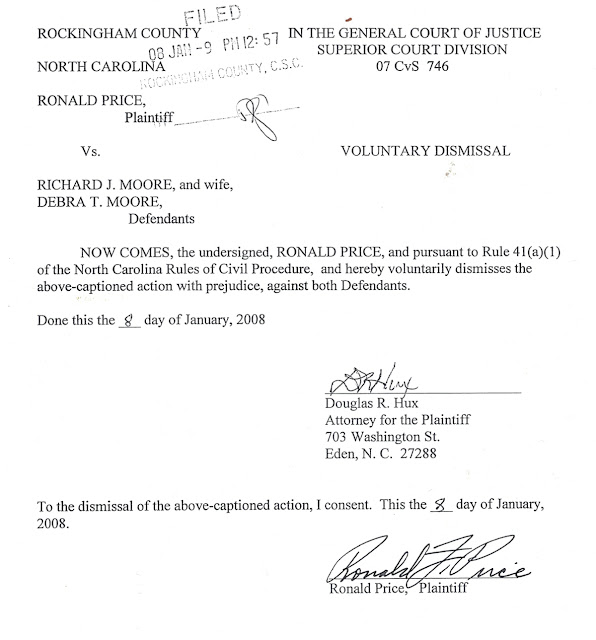 I was in court again today (12/17/2018). This time I was not the defendant, but rather the plaintiff. Another someone had made a threat against my life. I recognized the person and swore out a warrant against them as directed by Reidsville Police Department Sgt. Kirk Wade.
I seem to be a popular target for people who want to beat my ass or kill me or sue me or prosecute me. Ten years ago I understood the hazards of being a newspaper/TV reporter. Today I live a hermit's life. I rarely go out in public. I make a few Facebook comments, but that's it.
A few months ago Rockingham County Republican Party Chairman Diane Parnell really turned my crank when she wrote on her Facebook page that Asshole Ron Price, who is now off the school board and working as an ordained minister, had defeated me and my wife in a $250,000 lawsuit for saying he stole Brad Miller campaign signs and replaced them with Vernon Robinson signs. According to Diane, Price's lawsuit also shut down my Neely Chronicle newspaper.
I should mention Price at one time declared himself to be a Sovereign Citizen. You can look it up if you don't know what a Sovereign Citizen is.
Everything Diane Parnell wrote was false, although she called it "FACTS AND TRUTH". All this lawsuit business went down ten years ago. I think it's safe to assume Diane has been spreading these rumors for ten years.
On two occasions I encouraged Diane to apologize and retract her false statements and on two occasions she refused and simply stated, "I'll check on it."
Of course, she never checked into anything and just let the the rumors simmer and do whatever damage they could.
Today while at the courthouse for a matter related to Bernie Parnell, Diane's husband, I decided to do the work Ms. Parnell would not do herself.
I went to the Clerk of Court's office and asked to see the file on the Ron Price lawsuit from ten years ago. The clerk was very helpful and produced the file in a matter of minutes. Near the top of the 25-page file was the dismissal notice just as I had encouraged Ms. Parnell to seek out before accusing me of losing a $250,000 lawsuit.
In case you don't understand the dismissal, here is Google's definition:
"In the formal legal world, a court case that is dismissed with prejudice means that it is dismissed permanently. A case dismissed with prejudice is over and done with, once and for all, and can't be brought back to court."
It's plain and simple - Ron Price's lawsuit was frivolous and totally without merit. He never denied anything I ever wrote about him. He simply did not like what I said and how long I said it. Much like Donald Trump, Price forgot he was a public official and subject to criticism.
I can only hope Ms. Parnell reads this and stops bearing false witness against me and my wife. Continuing to do so can have serious consequences for her.
If you know Mr. or Ms. Parnell, and I know some of you do, please ask them to come here and read this page to see what really happened rather than living a fantasy and spreading it around to anyone who will listen to their nonsense.
FACTS AND TRUTH, DIANE.

Below is a tidbit of what Diane had to say about Ron Price's lawsuit  I mention Lucy Price because Ron mentioned she and their son were in the car when Ron swiped the campaign signs.  Phil Price, Ron's son, would later confess his involvement when he called WGSR to complain about my criticism of the theft. 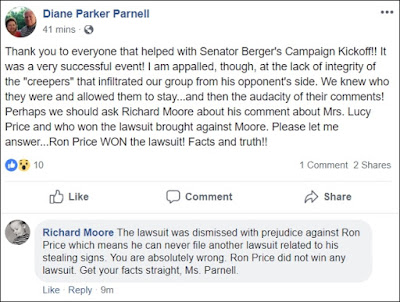 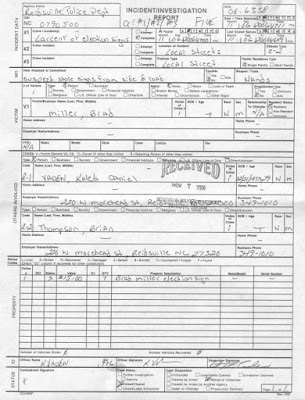 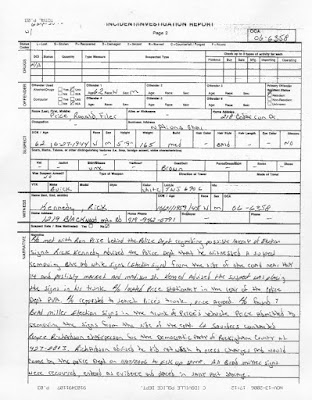 Suck on these FACTS AND TRUTH, Ms. Parnell.

Posted by Ricardo Montobon at 9:09 AM