The dead now writing for Review 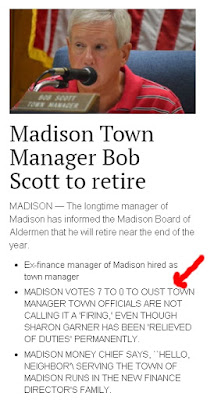 The Reidsville Review is so desperate for news they are publishing stories written by a dead reporter.  Carla Bagley died in 2008 when she stepped in front of a moving train.

Carla will be remembered for revealing to me that Reidsville Review editor Jeff Sykes was a convicted felon.

Posted by Ricardo Montobon at 2:34 PM No comments: 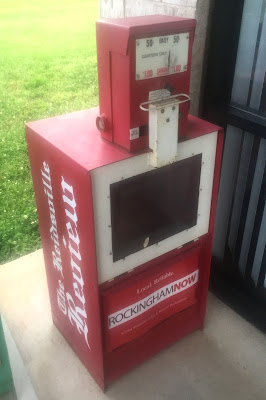 Reidsville Review or RockinghamNow? Or maybe the Greensboro News & Record?

Who knows?  You decide. 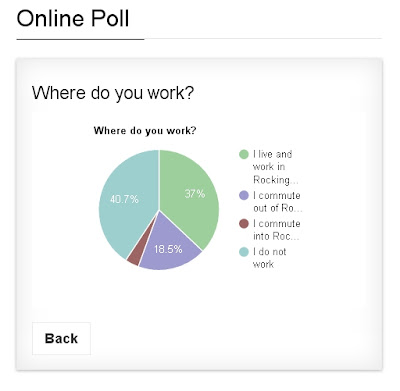 The Reidsville Review is reporting most of its readers don't work.

Posted by Ricardo Montobon at 12:05 PM No comments: 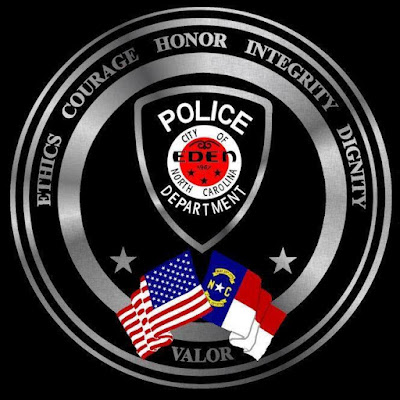 I'm sure everyone is quite proud of the Eden community's response to the recent tornado. Police, fire, and every first responder are all receiving high praise. They no doubt deserve such praise.

Sadly, that is not the entire story. Here is the Police Department's initial Facebook response to the emergency:

Eden Police Department
May 5 at 10:12pm
Yesterday City employees and members of the community and churches from across the city and county recognized and met at city hall for the National Day of Prayer. One day later the City of Eden is in the midst of a severe weather event involving a confirmed EF-1 tornado, in which their were no reported injuries or casualties despite the damage and devastation "In God We Trust" on every police vehicle and because of our trust in God and savior Jesus Christand by his grace there were no injuries or casualties in our community.

You will notice the Police Department credits the "In God We Trust" stickers on their patrol cars with saving lives and avoiding casualties. And then goes totally over the edge by thanking their "trust in God and savior Jesus Christ." And, apparently, the National Day of Prayer held at City Hall also had some influence in the near disaster.

This post is copied from the Eden Police Department's edit history. I'm not sure how long the original post stayed up, but I believe it was fairly quickly and wisely changed to eliminate the business about "God and savior Jesus Christ." The part about the National Day of Prayer and the "In God We Trust" stayed up.

I suppose it would have been just as easy to blame the National Day of Prayer, the stickers, and Jesus for causing the wind to blow so hard in the first place. Maybe God brought the wind to punish Eden for serving beer at city sponsored events.

I have to commend the Eden Police Department for recognizing the error that was made on the original post and for taking it down when a complaint was made. Leaving the original version up could have led to some unpleasant legal consequences for the police department.

But, this is the kind of mistake that should have never been made, especially by the Police Department.  Every officer has taken an oath to protect and defend the U.S. Constitution.  That Constitution clearly draws a line between the church and the state.  The Eden Police Department crossed that line.

I wonder how the Reidsville Police Department would have handled the same situation. The mayor would have probably threatened somebody with arrest for complaining about the post.

I have no doubt this post will inflame some folks and cause them to post non-Christ-like responses to what I have reported here.  If they do, I can assure you I will ignore them.

UPDATE: I would just like to note the Eden Police Department has very quietly purged its Facebook page of my two innocuous comments about the Department saving the community from the wind with prayer, In God We Trust stickers on its patrol cars, and thanking our savior Jesus Christ.

I feel much safer knowing no one is allowed to say anything about the Eden Police Department's violation of the United States Constitution.
But, two wind strikes in a row tell me God may be trying to tell Eden something. Somebody better start listening to the warnings...the next wind storm might be a real ripper. 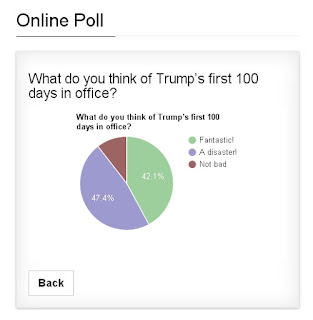 Considering Donald Trump won 70% of the vote in Rockingham County, a surprising number of people view Trump as "A disaster" in a Reidsville Review poll.  A thin majority see Trump as "Fantastic" or "Not bad".

I hope the Review allows this poll to play out for a bit and give Trump more time to really impress Review readers.

Posted by Ricardo Montobon at 6:19 PM No comments: