Get off your ass and vote! 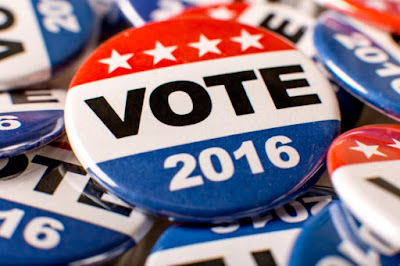 Below is a sample ballot for this year's election.  It won't be an exact match for your ballot, but it will be pretty close.  We don't all receive the same ballot.

You will notice Phil Berger is running unopposed for this NC Senate seat.  Eric Fink, the college professor who was trying to get on the ballot by gathering signatures to run against Berger, failed in his effort.  This was as expected - Berger is God.

There will be differences in the NC House of Representatives race and the School Board,  And, there will be a lot of people running for Judge positions whom you've never heard of.

I will be using a totally new strategy for voting.  For the first time ever, I will be voting a nearly straight ticket.  I will not consider whether I know anything about a candidate's record.  If the candidate is a Democrat, he will get my vote.  If a candidate is Republican, he's outta there as far as I am concerned.  There will be a few exceptions, but overall that's my plan.

I will not be voting in some races.   For instance, the NC House of Representatives District 91 - Eugene Russell is a Democrat, but I will not vote for him.  He was the former Rockingham County Attorney for the County Commissioners.  He was incredibly lazy and that was his best quality.

The NC Commissioner of Insurance - neither Causey or Goodwin will get my vote.  I don't know the Democrat and I won't vote for a Republican, so I'm not voting in that race.

NC Superintendent of Public Instruction - I won't vote in that race.  My cousin, who is an idiot retired teacher with an A&T Masters degree is a big June Atkinson fan.  I can safely assume Democrat Atkinson is an idiot too and I can't vote for Republican Mark Johnson.

NC Court of Appeals Judge - I know Phil Berger, Jr.  He was a disaster as Rockingham County District Attorney and he's a Republican.  I don't know Democrat Linda Stephens, but I will vote for her just to keep Berger out of the seat.

I know nothing about any of the other Judge races, so I won't vote for anybody.

Board of Education District 1 - Amanda Bell is running against Penny Owens.  This is a non-partisan race.  Both candidates have served on the School Board at some point.  One is about as good as the other, which means they are both pretty much useless.  The School Board does whatever the Superintendent tells them to do.  The School Board pretty much works like the Reidsville City Council when Kelly Almond was the City Manager.  Amanda is the incumbent.  I will vote for Penny just to give her a chance to try again - get some new old blood on the board.

Whoever is on your ballot, I suggest you vote against any School Board incumbent.  The incumbent was likely on the School Board when Wendy Hoover was allowed to steal $20,000+ from the school system's daycare fund.  Wendy was County Commissioner Wink Hoover's daughter.  She got a "Get Out Jail Free" pass. Other incumbents are Ron Price and his acolytes.  Ron stole campaign signs from the roadside and replaced them with his candidate's signs.   He was caught by the Police.  Since stealing the signs, he's been repeatedly re-elected to the School Board.

Pender Grogan is running unopposed for Soil and Water Conservation Supervisor.  Pender is an important person.  I don't know why, but he is legendary in Reidsville.  I will not vote for a legend.

The Rockingham County Commissioners want to increase the sales tax.  This is not the first time the Commissioners have tried to pull this stunt.  Of course I will vote against that increase. 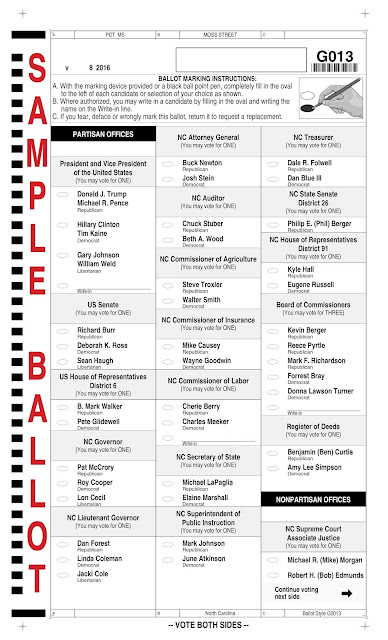 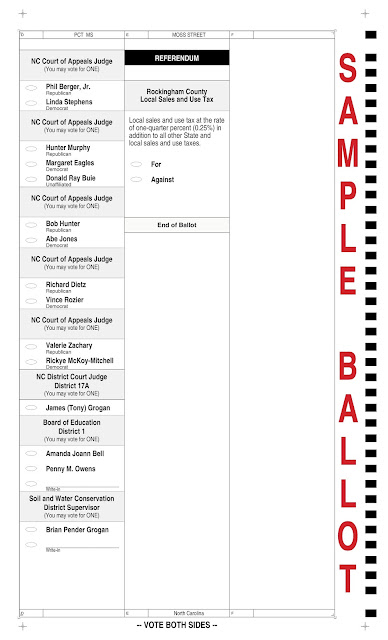 Posted by Ricardo Montobon at 2:34 PM No comments:

I got a letter from Donald Trump 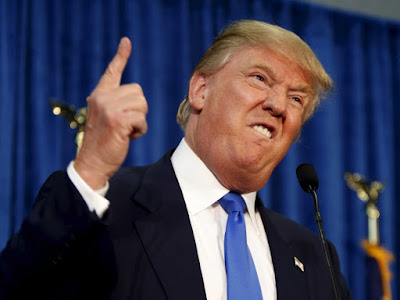 I guess my secret is out.  Even Presidential nominee Donald Trump now knows it.  He sent me a letter asking me to donate $5,000 to his campaign.  Donald obviously knows I am filthy rich.  He wants my money to help him win the race to the White House.

Jeez!  I thought the guy was a multi-billionaire and he would be paying his own way to the top.  Now he's asking me for money.

It's a thee-page letter, so I won't print it here.

But I am including a survey that accompanied the letter.  I have filled out the survey with all my answers under the Clinton column.

I will return the survey to Donald in the postage paid envelop, and I will not include Donald's request for $15 to pay for the postage.

Sorry, Donald, but you're a rich guy and you said you would be paying for your own campaign.  So, have at it. 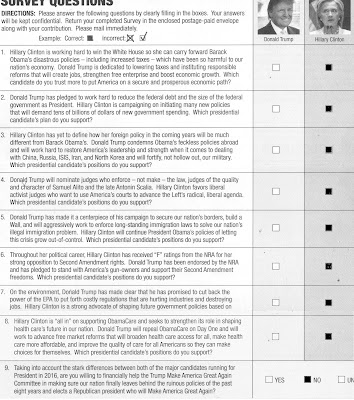 Posted by Ricardo Montobon at 10:09 PM No comments: 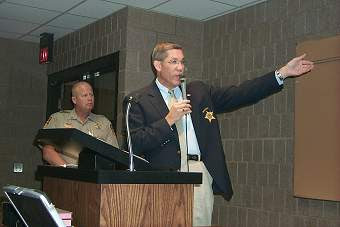 He's back at it again.  That's right, Sheriff Sam Page, the Hardest Working Sheriff in Show Business, is appearing in a national Donald Trump TV commercial for the Federation for American Immigration Reform (FAIR).  San even does part of the voice over for the commercial.

FAIR warns us Obama's immigration policy is the root of all evil and only Donald Trump has the answer to the mess Obama has created.

Click here to see and hear Sam strut his stuff.
Posted by Ricardo Montobon at 10:47 PM No comments: