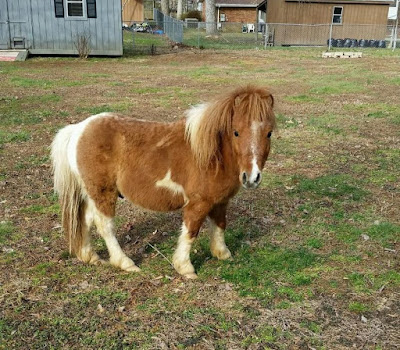 The Reidsville Review is reporting a lost miniature horse has been found in Reidsville.

The Review is also reporting the owner has been found.  So, the horse is not really lost.

The Review is really a terrific newspaper.

Posted by Ricardo Montobon at 9:49 PM No comments: 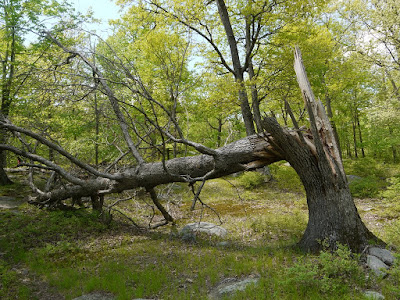 The Reidsville Review is reporting a tree allegedly fell in Mayodan.  Rain and wind are said to be the cause for the felling.  Read all about it here.
Posted by Ricardo Montobon at 4:03 PM No comments: 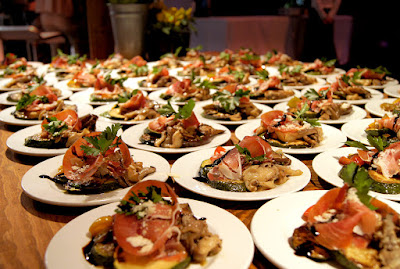 The Reidsville Review is well known for its failure to keep up with the times.  It took years for the Review to come online.  Now that the Review has finally arrived, it may be many more years before they learn to take advantage of the internet's ability to rapidly bring the news to its readers. I know this because I met him today...up-close and personal. He was making his second trip to the bar at Super Buffet on Freeway Dr.  I didn't pay any attention to what he had piled on his plate, but I'm guessing he likes the mussels on the half-shell.  You know the ones with something like mayo and a few sprinkles of cheese on top.  Although they are definitely not oysters, some folks call them Reidsville Oysters.

I stopped Chief Hassell on his way back to his table.  I introduced myself as the guy who runs the pornography web site known as www.reidsville.com  Chief Hassell extended his hand and we exchanged pleasantries.

I told him he was an honest man and said I appreciated his service.  I thanked him for apologizing on WFMY-TV for causing me any "inconvenience" by sending two armed officers to my home to tell me my web site "might be" illegal.

I mentioned he did not answer my question...whose idea was the police raid on my home which is ten miles outside the Reidsville city limits?  I also noted he displayed an integrity which the Reidsville Mayor so sorely lacks.

He smiled and said to let him know if I ever need anything.

My lunch date was incredibly embarrassed.  I don't know why.  I shook the Police Chief's hand and thanked him for his honesty and integrity.  She said I said the word "pornography" too loud.  According to her, the entire restaurant went dead silent and stopped when I said "pornography".

As we were leaving Super Buffet, I said "How y'all doin'?" to an entire table full of uniformed Reidsville police officers.  They all smiled, waved, nodded or said hello.  I can only guess Reidsville police travel and dine in packs.

Anyway, it was nice to finally meet Reidsville Police Chief Hassell.  He seems like a good man.

Posted by Ricardo Montobon at 11:15 AM No comments:

The ALIEN is about to bud! 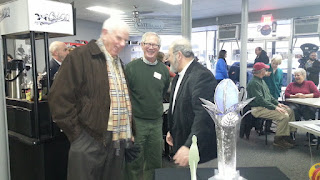 It's been long enough that I bet you thought you would never hear about it again.  But, you were wrong,  City Clerk Angela Stadler is reporting the Gullucci ALIEN is only six weeks away from becoming a reality.

A model is now on display in the Reidsville Government House.  Drop by to get an idea of what Jim Gullucci has created.

It's been modified somewhat.  As Stadler put it, "The sculpture has evolved since Gullucci first brought forth an initial concept...".  The top has been modified, hopefully to look less like a dick, and five historical panels have been added.