I was shocked today! 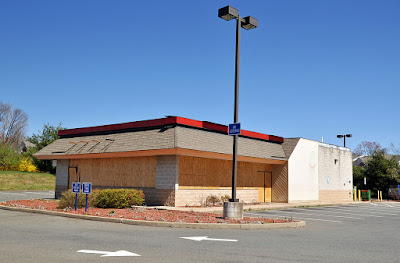 I was told today that the old Burger King located at Scales and Richardson in Reidsville has been torn down after being boarded up for years.  The Burgers King's plywood windows and doors were one of the main attractions on the famous Reidsville Walking Tour.

Family Dollar is slated to build a new location in the former Burger King spot.  Reidsville will soon have access to almost as many Dollar (Family Dollar, Dollar General, Dollar Tree) stores as pizza parlors, tattoo shops, and beauty salons.

It's easy to understand why Reidsville was picked as one of the top cities in the state.
Posted by Ricardo Montobon at 3:54 PM 4 comments: 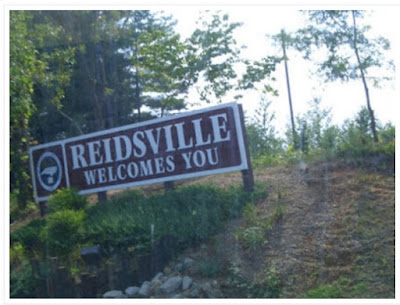 The Reidsville Review has selected Eden and Reidsville as two of the top cities in North Carolina.  The Review is reporting Reidsville was chosen as #30 and Eden as #38.

Not surprisingly, The head knockers at The Reidsville and Eden Chamber of Commerce are pretty excited.

Oddly, Eden and Reidsville have also been selected as the 9th and 11th worst cities in North Carolina.  The Reidsville Review has not mentioned this fact.

Nobody seems very excited about being selected as the 9th and 11th worst cities in the state.

I don't know who to believe?

I met some interesting people today 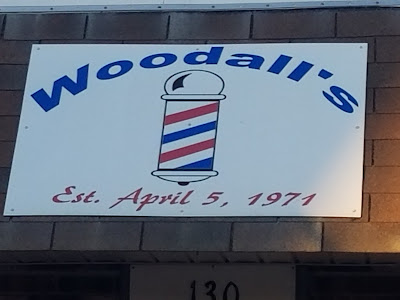 I attended Eden's SHAGGIN' ON FIELDCREST event.  It was a lot like the Eden event I attended a couple of months ago.  You remember OINK AND ALE, don't you?  This SHAGGIN' event is held in downtown Draper.  It features beer in the street and some really loud music.  I also saw a ZERO GRAVITY booth and maybe two other shoot something and win a prize booths.  That's pretty much it.  I guess SHAGGIN' ON FIELDCREST is exactly like OINK AND ALE.  If you want to see pictures of SHAGGIN', just click on the OINK link.

I saw lots of interesting folks in the Draper area of Eden.  The people watching was very exciting.  Draperites are an unusual breed. 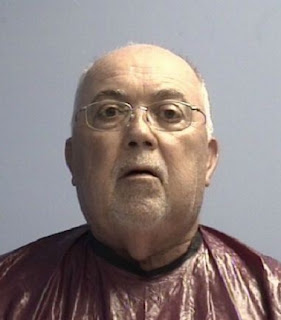 First there was the Barber of Draper Tommy Woodall.  Well, I didn't actually see Tommy because he's serving what amounts to a life sentence in prison for boinking some mentally challenged teenage girls who were reportedly being pimped out by their mother.

But I did see Tommy's old hangout where some of the boinking is said to have taken place.  Appropriately, SHAGGIN' was just a few steps down the street from Woodall's.  Woodall's is all boarded up now - lonely and desperate looking.  I guess it will be that way for a couple of decades.  I hope Tommy can open her back up in the year 2036 when he gets out of prison. 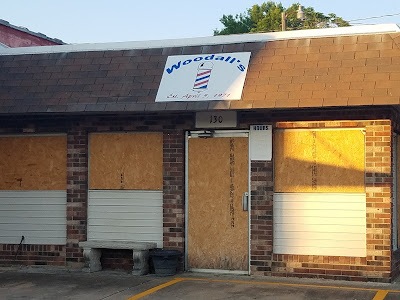 And I met Geri Hunt.  Geri is the latest in a long, long line of Reidsville Review newspaper publishers.  As she was introduced to me, I shook her hand and told her how much I enjoyed her newspaper, especially the online edition.  For some reason, Geri acted kinda odd when all I was doing was trying to be polite.  She quickly scurried away as soon as I released her hand.  I wanted to talk a little "shop" with her.  Strange.  She treated me like Ann Fish used to do.  Maybe my six-day deodorant pad was failing me.  It was a very hot day. 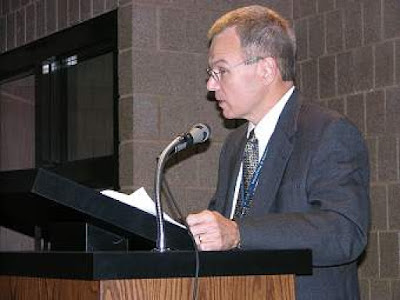 I saw Glenn Martin.  You remember Glenn Martin, don't you?  His hair is all white now.  Glenn was once named the most boring speaker in Rockingham County government.  He is the Director of Public Health.  Every year Glenn would give a speech to the County Commissioners about how many children died in Rockingham County two years ago.  Glenn was never more current than two years ago.  Every year his report was the same - two babies died from SIDS, one died in a car wreck, one drowned, one was killed by his drunk "diddy", and one died of unknown causes.  Poor Glenn.  Year after year, the same tragic report.  Glenn had a committee that studied these things, but it never got any better.  I felt sorry for him.  He couldn't seem to make a difference in how many children died. 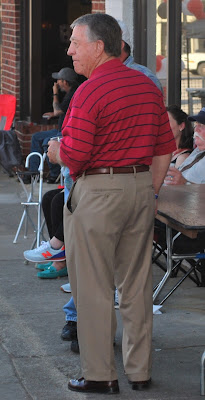 Dubby was at OINK and probably SHAGGIN' too 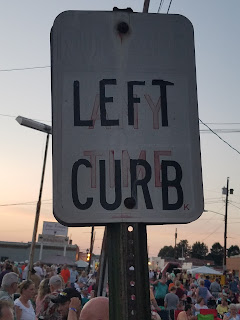 This interesting street sign was spotted in Draper during SHAGGIN'.  I'm not at all sure how to interpret it.  I suppose Draper folk understand it and that's all that matters.


Posted by Ricardo Montobon at 11:34 PM No comments:

He never missed a day! 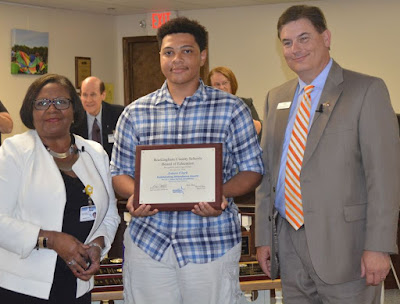 For more than a week, the Reidsville Review has been featuring a story about a kid who had 13 years of perfect school attendance.

Posted by Ricardo Montobon at 2:54 PM No comments: 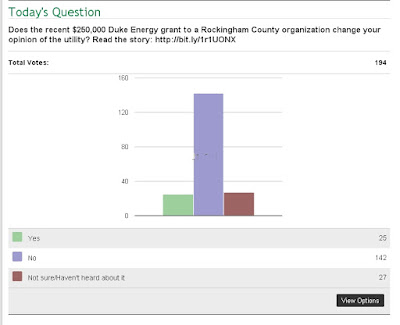 The Reidsville Review poll on the favorability of Duke Power following the coal ash dump into the Dan River and a $250,000 grant to "a Rockingham County organization" is now entering it's third month.  How long can this go on?  The poll seems likely to outlive any pollution caused by the spill.

Posted by Ricardo Montobon at 3:17 PM No comments: