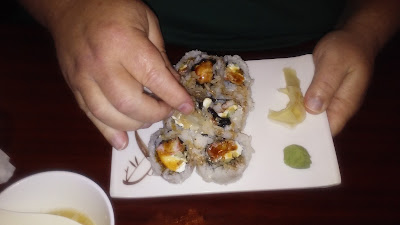 It's official!  Reidsville has become so famous it now has a sushi roll named after the city.  The mixture of crabstick, cream cheese and cucumber wrapped in seaweed and rice is served with wasabi (the green blob) and ginger.  Six "Reidsville Rolls" runs about $7.00 at Taste of Japon on Freeway Drive.  It's a bit tricky getting to Taste of Japan, what with the six-year plus road construction project, but it's worth the circumnavigation to taste the "Reidsville Roll". 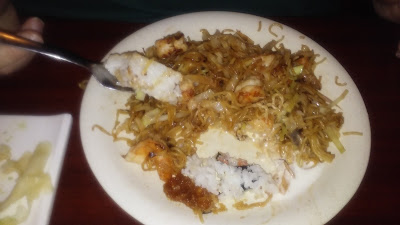 Nothing goes with a Reidsville Roll like Yaki Soba..

We know it's not biscuits or pizza, Reidsville's two facorite foods, but it's still pretty tasty stuff.


Posted by Ricardo Montobon at 6:30 PM No comments:

Reidsville Review switches it up 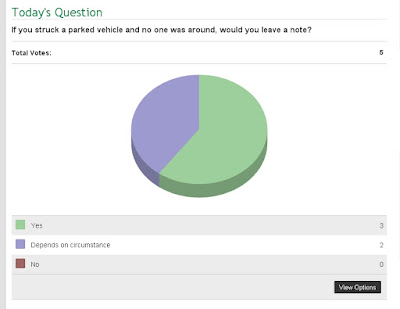 The Reidsville Review's Halloween decorations poll wasn't working out very well, so the Review switched to a poll to inquire about reader views on crashing into a parked car.

Three Review readers would leave a note, two say it "depends".  What's your feelings on crashing into a parked car?

Posted by Ricardo Montobon at 12:37 PM No comments:

Help the Review out of a jam 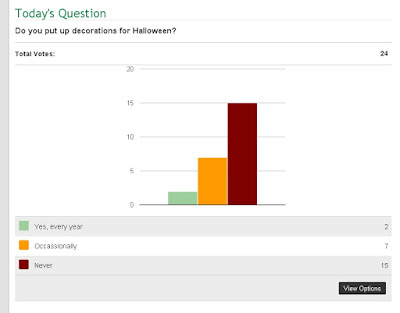 The Reidsville Review's Halloween poll is being pretty much ignored by its readers.  This is an indication the poll is not being shared with the Greensboro News.

Please help the Review out of a jam by responding to its Halloween poll.