The Phat Man is going down 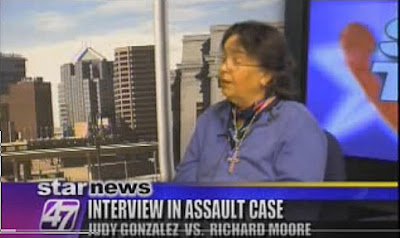 For the record, Sykes is a convicted felon who lost his Reidsville Review job due to a scandal, Moore was found innocent of attacking Gonzalez in less than 45 minutes with no testimony from all the witnesses, and Ron Price's lawsuit was dismissed with prejudice against Price.

Donecker has yet to be caught, but he will be one day.


Posted by Ricardo Montobon at 2:05 PM