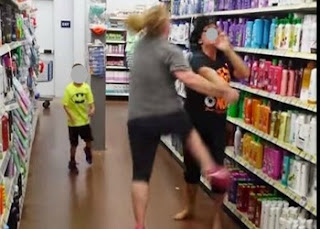 The Beech Grove, Indiana Mayor has called his local Walmart a public nuisance, indicating police have been called to the store more than 1000 times in the past year.  I wonder how many times the Reidsville Police Department has been called to our Walmart.

The Beech Grove Mayor suggested Walmart hire its own security to deal with people who are caught stealing $3 doggie treats.
Posted by Ricardo Montobon at 12:28 AM